If I had a hammer, I swing it at your windows, all over this boat

Curtis Green watched as the Darean Rose started taking on water. From where he stood, the boat was maybe 30 feet away in 10 feet of water. Seeing three trapped men, Green grabbed a hammer, ran down the ramp and jumped off the dock.

That was heroic of him. The description of what they went through is harrowing to even read.

Jumpin off the TZ anytime is a death wish Why women live longer than men…

Not those particular men.

that’s the thanks he got

He got his pic in the paper and that did it

Friends Are Not Surprised Man Jumped to Stop a Suicide

Friends and relatives of Daniel J Santos say they are not surprised that he jumped into water to save despondent woman who tried to commit suicide by jumping off Tappan Zee Bridge; woman, identified as Maria Cappozza, is listed in critical condition;...

That is crazy. Maybe someone else will offer him a job?

they have since built a new one next to it

I dreaded even driving over it the few times I did

What’s so terrible about it?

What’s so terrible about it?

Sorry - it’s the new one they hate One Twitter user wrote “If y’all vote for that ugly bridge to be NY’s new license plate you’re going straight to jail,” while another said it should be “renamed the Big Ugly.”

According to New York Magazine, one of Governor Cuomo’s aides even referred to it as the “hold-your-breath bridge.” While New York Magazine says the bridge is in no immediate danger of falling apart, it also says that “The Tappan Zee routinely sheds chunks of concrete, like so much dandruff, into the river below. Engineering assessments have found that everything from steel corrosion to earthquakes to maritime accidents could cause major, perhaps catastrophic, damage to the span.”

A Jalopnik commenter confirms this, saying. “Every time I cross it I always think this is the day. This is the day its going to collapse. Every bump feels like your last. How I loathe the thing, but how little choice I have in crossing it considering I live right next to it.” 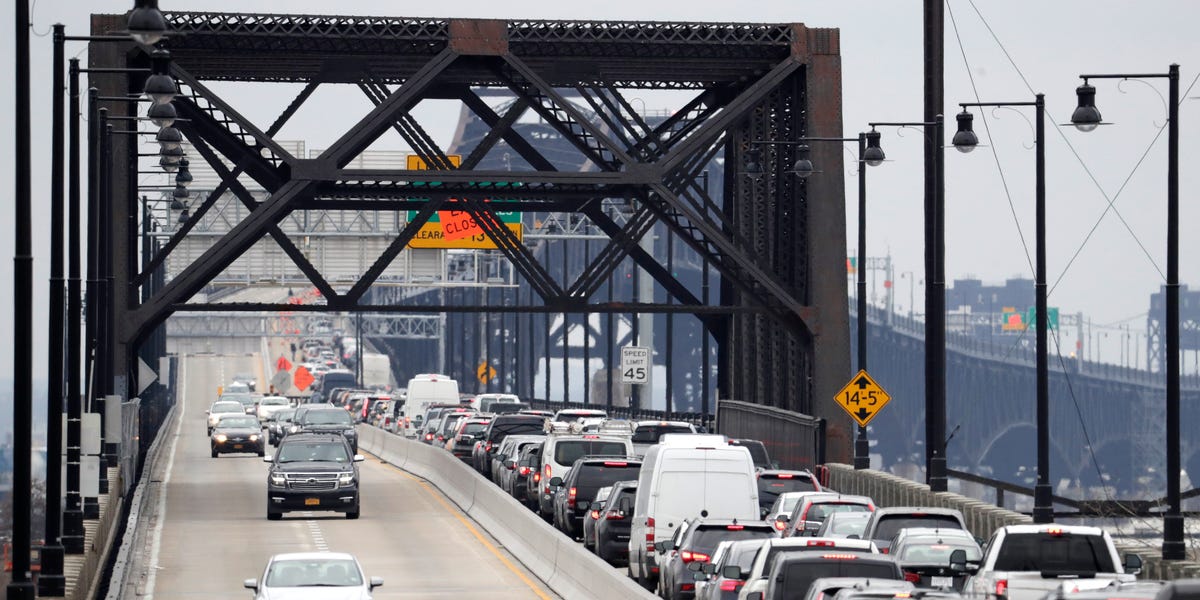 The most hated bridges in the US

Whether they are dangerous, full of traffic, or just plain ugly, these are the most hated bridges across the country.

Where is that bridge and how much traffic goes over it? It sounds like it could fall apart at any time.

It took the Bay Area 22 years to replace the Bay Bridge…and $6.4 billion dollars.